As John Starkey, WM of Lodge of Lights No 148, approaches the end of his fifth term in office in the chair of the lodge, he, along with his wife Jean, and the joint lodge and ladies social committee planned the yearly premier event of the ladies’ evening. Following weeks of preparation, the date arrived which was cold and rainy, but the welcome inside the Masonic hall soon compensated for any chill experienced in travelling to the event. 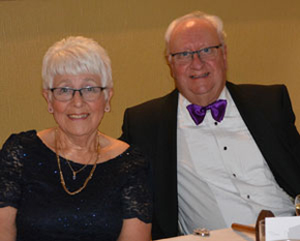 A total of 84 people attended with many well-established friends being joined by new friends and acquaintances, all eager to have an enjoyable evening with good food and excellent company in elegant surroundings.

John, a Mason of 43 years standing and well supported by the principal guest Jean welcomed everyone to the highlight of their social year.

John and Jean being married for just over 51 years have enjoyed some common interests including attending Masonic events, golf and travel, particularly cruising. Their travels have taken them to many different countries from Australia and New Zealand in the east to Hawaii in the west and a lot of places in between.

They first met at Sunday School, met again some years later and began dating in their teens. Having saved for a deposit on their first house, they married a few years later.

John served his time as an apprentice electrician with a local contractor and Jean started with a well-known bank in Knutsford. They moved to Middlewich at the start of their married life together, where they lived for 11 years.

During this time John joined Winmarleigh Lodge No 6101 in Warrington some 43 years ago and it was the year before that they experienced their first ‘Ladies’ Evening’ when the advice given to them was to ‘eat fast and don’t have an empty wine glass’. Jean did have a proviso about John joining a lodge which was to learn how to dance, so they signed up for dance classes. Many may know neither take something on without giving it 100 per cent, so they said they would take the exam at the end of the course for the bronze medal and because of the enjoyment whilst learning, they continued their classes gaining silver and gold medals.

Since then they have attended probably more than 70 Ladies’ Evenings with the frequency increasing over the past six years with John’s role as Warrington Group Publicity Officer, with a record of eight in one year, where he would take pictures, write stories and present them for publication on the Provincial website. 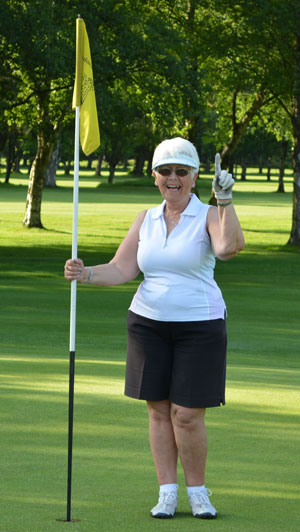 Jean continued her career in banking, working in several Cheshire branches. John joined Rylands-Whitecross Ltd (Part of the British Steel Corporation) as Electrical Instructor and was also a part-time lecturer at the Warrington College. He worked his way up to training manager for the group. Before retiring John qualified as a lead inspector for government funded training of adults and worked all over England, inspecting training providers and was a quality advisor to the local Learning and Skills Council and self-employed consultant in adult education quality processes.

In Freemasonry John progressed into the chair in 1984/5 after occupying all the ladder offices and six years as lodge and social secretary, (many times Jean’s banking prowess came in very useful for counting and banking the cash for Masonic events, including ladies’ evenings and other social evenings).

In 1985 John installed his brother into the chair, who after just one meeting, resigned due to his wife being taken very seriously ill, at which point, John, as IPM, settled back into the chair for a second year.

Meanwhile Jean became more involved in sport joining three outdoor bowls teams and has played for Mid-Cheshire Ladies’ County team for several years. Not to be limited during the winter time she enjoys indoor bowls (short mat). Jean started to play golf when she retired and joined a local golf club, (John was a founder member and occupied the position of gents’ secretary for about five years. In 2010 Jean was elected Lady Captain and enjoyed a great year leading the ladies’ section.

She is still captain of a local league of ladies’ golfers and actively involved in the Past Lady Captains’ Golf Society, this being in addition to her normal golf days at her home club.

Jean was instrumental in bringing ladies to play in the yearly Warrington Masonic Group Golf day which is usually held at Haydock Park Golf Club, with Dave Goddard being the organiser. It was at this event that Jean scored a ‘hole in one’, this was the first one recorded in this competition since records began! This was much to the envy/dismay of the male competitors). 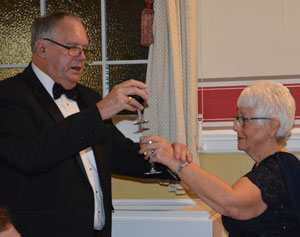 As you may see both John and Jean are very supportive of each other and on the quiet, John says she is invaluable, not only because of the obvious support she so willingly offers to him in his Masonry, but for the tremendous amount of work she puts in when at home, out of the sight of other people, proof reading, spell checking and correcting inadequate/poor grammar of well over 350 stories being published on the Provincial website!

On the funny side of life, in John’s role as WM in 2012 they both attended a crematorium somewhere in Lancashire only to be told by the undertaker that they were just in time as the doors were about to close, so they sat through the ceremony only to find out, that the deceased was not the person they knew and they had to go out of the crematorium by the side door and go back in for the actual one they should have been attending.

Back to the event, on the evening, Ken Smith acted as chaplain and George Range as director of ceremonies and a first-class meal was served by the staff at the hall. The toast to the ladies was proposed by David Goddard and Jean responded very professionally and concluded with a poem which was very well received by everyone. Gwilym Jones accompanied by Keith Dickinson sang the ladies’ song and gifts were distributed to all ladies’ present.

Aaron Sax entertained until late. John closed the evening thanking everyone for a truly fantastic night. Once again, he thanked people who had helped and everyone for attending. He wished everyone a safe journey home and he offered season’s greetings and good wishes for a happy Christmas and peaceful New Year. 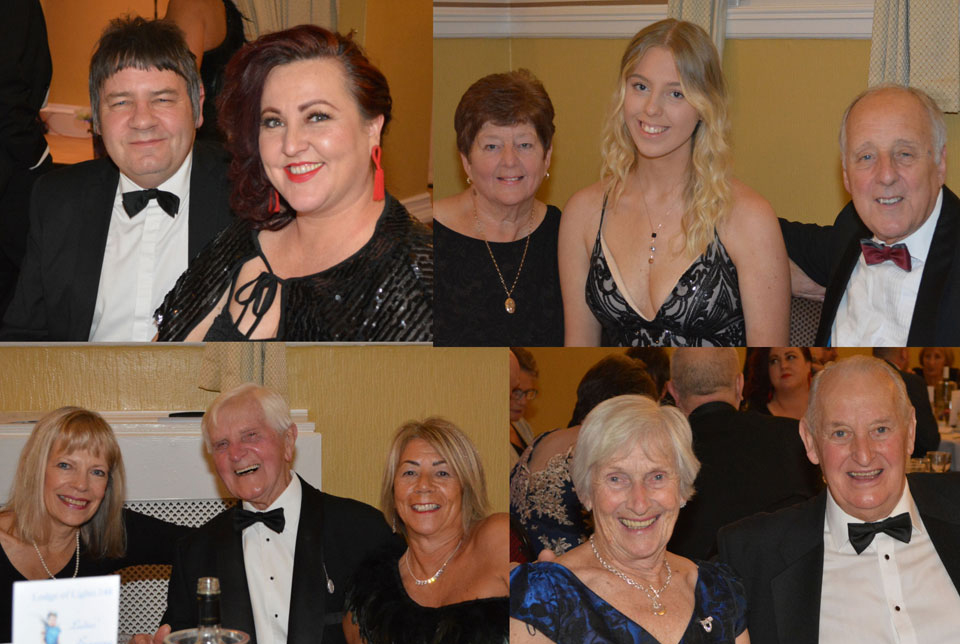 Members and friends enjoying the evening.

Story by John Starkey and pictures by John McConnell.