It was a lovely Sunday, with a light blue sky which framed the autumn-yellow and brown trees beautifully. Startling red poppies adorned the chests of 100s of people converging at the renovated Warrington War Memorial 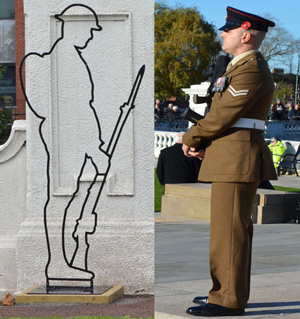 Crowds surrounded the Cenotaph, spilling onto the pavements and roads – even across the Mersey Bridge. By 11 o’clock, all had settled, ‘The Last Post’ sounded and the Standards were dipped.

Lt Col Les Taylor-Duff delivered the famous lines from Robert Laurence Binyon’s poem: ‘For the Fallen’ and the crowd responded in union: ‘We will remember them’. The two minutes’ silence was impeccably observed, not even a baby cried. A single dog barked and a helicopter flew nearby.

Reveille marked the end and Lt Col Les Taylor-Duff gave the poignant ‘Kohima Epitaph’: ‘When you go home, tell them of us and say, for your tomorrow we gave our today’. Wreaths were laid as ‘O valiant hearts who to your glory came’ was sung by the assembled.

There was a strong multi-faith aspect to the service: Father Christopher Cunningham, Roman Catholic Dean of Warrington read Isaiah 11, verses 1-9. Praying together was led firstly by The Revd Stewart McTaggart, Acting Rector of Warrington, and then a member of the Warrington Council of Faiths and finally a representative of the Warrington Free Churches. These were followed by ‘The Lord’s Prayer’.

Dignitaries at the Cenotaph.

The final hymn was ‘I vow to thee, my country, all earthly things above’ by Cecil Arthur Spring-Rice. The act of commitment followed which was led by The Revd Stewart McTaggart.

The National Anthem was then sung. 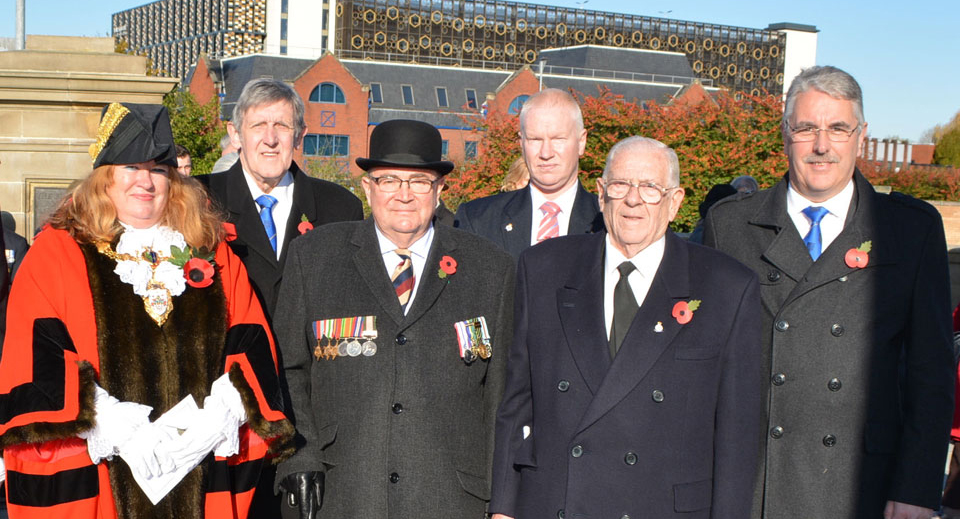