The Warrington Masonic Hall (Winmarleigh House) opened its doors to the general public and visitors were invited to view the many facets of the hall and its services. The Masonic hall was purpose built in 1933 and is probably one of the best in the district offering excellent facilities and good quality food for many types of meetings. The modern kitchen has consistently achieved the highest possible 5-star standard of hygiene, as well as food awards for its cooking and food preparation.

Visitors were conducted through the bar, lounge, reception and events facilities offered by the hall. The Museum of Freemasonry and the two lodge rooms were also open to visitors. The hall is an ideal venue for public events, whether it be weddings, anniversaries, dinner dances, corporate events, training sessions, exhibitions or craft fayres, just to name a few.

In the large lodge room visitors were able to join in a presentation given by Provincial Assistant Grand Master Kevin Poynton who provided a comprehensive introduction into Freemasonry, which was well received and proved to be very interesting to the visitors.

As part of his introduction, Kevin explained that Warrington has a special place in the early history of Freemasonry, as it is now well established that the first English speculative Freemason, Elias Ashmole, was initiated in Warrington on 16 October 1646. The oldest lodge in the town being Lodge of Lights No 148 has been meeting since 1765 and continues to meet to this day.

He went on to say that approximately 250 Masons meet on a regular basis at the hall. There are 13 lodges, five chapters and several other Masonic Orders which use the hall, meeting every month, apart from the summer months of May through to the end of August. Warrington is one of 22 groups within the Masonic Province of West Lancashire. 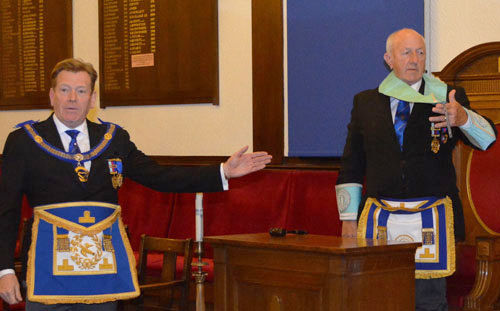 Many questions were answered and some myths were also dispelled: one such was that the Freemasons have a political and religious bias. The guides pointed out that those are two subjects that are forbidden in our meetings. Another myth being that Freemasonry is for Protestant people only. A man of any religious belief can join but he must believe in a supreme being. One other myth was that Freemasonry is only available to professional and rich people. However, reality is, membership ranges from all walks of life and all members are treated equally.

Many comments were made including: “I didn’t know Freemasonry was that old with so much history on display”, “I liked all the colourful regalia and lodge rooms”, “I had no idea that such a facility existed and is used for weddings” and “The building is much bigger than it looks from outside”.

The Warrington Museum of Freemasonry also had staff on hand to guide visitors through many and varied artefacts mainly from the Warrington district, informing them that other museums have provided some exhibits on loan, including the Lady Leaver Museum Wirral and the Grand Lodge Museum London.

The building was open access for viewing which included banquet and bar facilities and the two lodge rooms. Several visitors tried out the WM’s chair and all enjoyed their visit. The result was a very successful day, a few myths dispelled and very important links to the local community established. 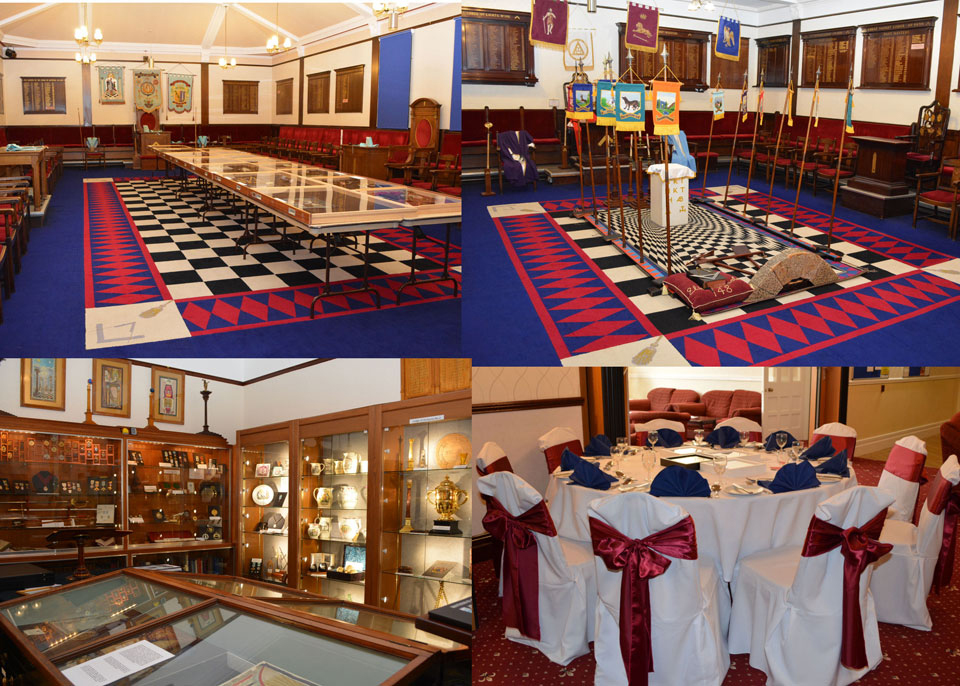