The Warrington Group Executives decided to hold a raffle to be drawn in the summer recess with a theme for the raffle to be ‘Sporting Memorabilia’ with the aim of generating monies for charity. 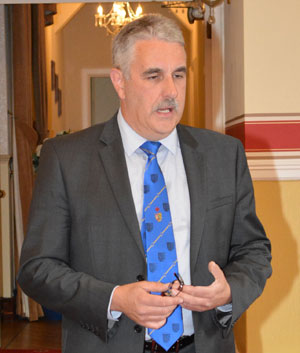 The meeting was opened by Warrington Group Chairman Andy Barton, he welcomed everyone and then he invited Mrs Susan Poynton to make the draw. 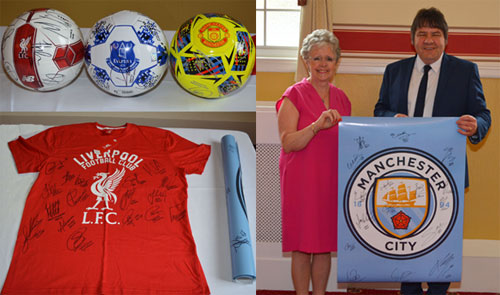 Andy announced that the raffle had generated a magnificent sum of £780 which he said the group would top up to £800, which would be divided equally between the Walton Trauma Centre £400 and the 2021 Festival in support of the Masonic Charitable Foundation (MCF) £400.

Andy continued by thanking James Corcoran BEM of the Garston Group for providing the prizes, members and friends for their support in selling and purchasing the tickets, to all helpers and for everyone for their support on the day. Finally, he hoped the winners would enjoy their prizes.