Over 110 friends of the Warrington Museum of Freemasonry held their annual dinner to mark the fourth anniversary of the museum being opened. The event was held at Warrington Masonic Hall. 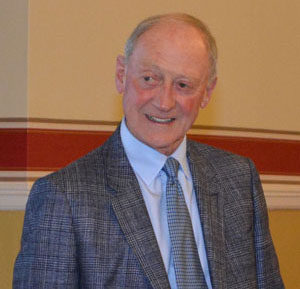 Barry introduced the Trustees and current volunteers, but not wishing to delay the food any further he requested Bob Timmis (trustee and acting chaplain), to say grace.

The meal was served by the hall’s staff, which was a good portion of excellent hot pot served with the usual trimmings of beetroot and red cabbage with crusty bread and butter. The main course was followed by brandy snap basket of fruit with ice-cream, concluding with tea or coffee. The room fell silent with everyone being very busy eating their delicious food for quite some time. Bob returned thanks.

Barry provided a brief history and update on the considerable progress made. He included the gaining of full accreditation status (under the Arts Council England in September 2018), which in itself is a major achievement and a reason for a celebration. Other achievements included the formation of the Trustee Board (group of willing volunteers) and the formation of the Constitution as a Charitable Incorporated Organisation (CIO), in February 2014.

Pictured from left to right,, are: Tony and Maureen Harrison, Barry and Pam Jameson, Kevin and Susan Poynton and Colin and Pat Rowling.

Barry then introduced Tony Harrison and invited him to say a few words. Tony stated how delighted he and his wife Maureen were to be present and how pleased he was to see the museum developing so well, saying how proud he and the Province is of the museum and of the Warrington Group.

He continued by saying: “This now is one of only four Masonic Museums in the country to gain the full accredited status, which adds an extra dimension to activities in the Province. It all started when Vic Charlesworth began collecting some things together in 2010, but now has generated work on a weekly basis for Caroline and Peter Beck.” 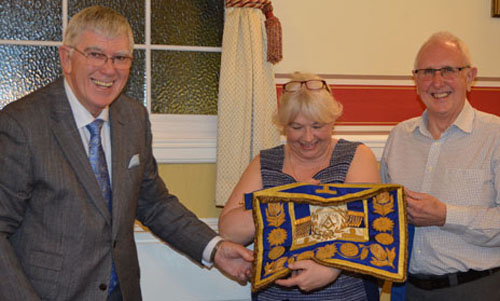 Pictured from left to right, are: Tony Harrison presenting the apron to Caroline Crook and Vic Charlesworth.

Tony asked Caroline and Vic to come forward to receive an item, following which Tony took a Provincial Grand Master’s apron out of its container and presented it to Caroline and Vic for display in the museum, saying it is thought to have belonged to Kenneth Moxley. Caroline and Vic were delighted to receive the apron. One of the guests commented that Caroline’s and Vic’s faces looked so pleased that it was as though all of their Christmases had come at once!

Tony concluded by informing everyone that he is now president of the Emulation Lodge of Improvement and a silver item had been identified as an artefact that they may wish to present to the museum at some point in the future. Tony wished the museum well for their future endeavours.

Barry introduced Caroline and Vic who then presented a talk entitled ‘Treasures Within’. They concentrated on a small number of artefacts and provided in-depth research results for each item, the details of which are far too comprehensive to record here, but details can be found on the museum’s website: http://museum.westlancsfreemasons.org.uk/ or by contacting Vic or Caroline directly, (contact details are on the museums website).

A raffle was held with many prizes being drawn, before Barry mentioned about anyone wishing to help the museum by becoming a volunteer, or by becoming a friend. They could do so by seeing any of the Trustees or by completing the application form to become a ‘Friend of the Museum’.

As the most enjoyable evening came to a close it was announced that the evening had generated £520, for which Barry thanked everyone for their generosity and kind support. 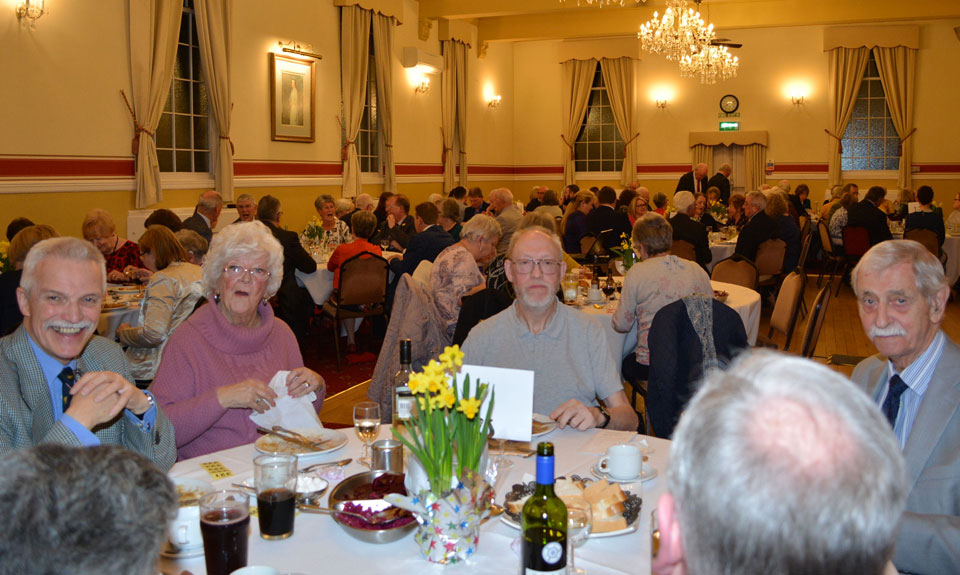