The annual spring social held at Warrington Masonic Hall is a well-established and regular event which marks the start of spring for the Lodge of Lights No 148. 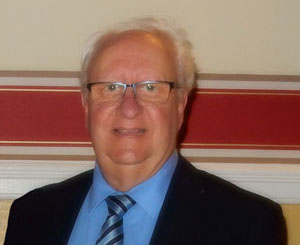 The event was well planned as usual by the joint lodge and ladies social committee, led by Dave Tabron as social secretary. It has established itself as an ideal way to bring people out of their homes and join in with some fun and hopefully to generate funds for charity. The theme this year was an evening of ‘music and dance’.

Dave Tabron introduced John Starkey WM, who opened the evening by extending a warm welcome to everyone and hoped that an enjoyable evening would follow.

Dave organised a ‘heads and tails’ bingo game as the first fund raising item of the evening. This had everyone standing up and placing their hands on their heads or their tails, which provided some gentle exercise following dinner. John Starkey was still standing when there were only two left, but eventually lost. The winner won a bottle of malt whisky.

Later in the evening a raffle took place with many quality and varied prizes distributed to the lucky winners. Dave announced at the end of the draw that a magnificent sum of just over £700 had been generated for charity and thanked everyone for their generosity.

Entertainment during the evening was provided by ‘Robin Lee’ who is a ‘Motown and Soul’ artist. Robin performed popular music to which many people were dancing, or singing along. It seemed that all present joined in to make it a lively and entertaining evening which was full of memories from the 60’s through to more recent times.

The event was very successful and enjoyed by all. John closed the evening by thanking everyone for their support and generosity. He also thanked the joint social committee for the organisation of the evening, the hall catering staff for the excellent food and service and Robin Lee for his entertainment. John concluded by wishing everyone a safe journey home. A great evening in good company, great food and music!

Dancing the night away to Robin Lee (left).