Oh, what a half night!

Ashmole Lodge No 5128 hasn’t had a ‘ladies’ and gentlemen to dine half night’ for a while. The present WM Brian Wilson wanted to make up for that, so he planned an evening that had it all and yes, it even had dancing girls.

After a short, professional ceremony in the lodge, the brethren joined others from across the Warrington lodges, non-Masons and ladies for a superb early Christmas meal. A turkey dinner, cranberry sauce and all of the trimmings; Christmas pudding with brandy sauce and mince pies to follow. All very festive.

Not forgetting our charities, nearly £42 was raised in the lodge and £415 was raised during the evening. 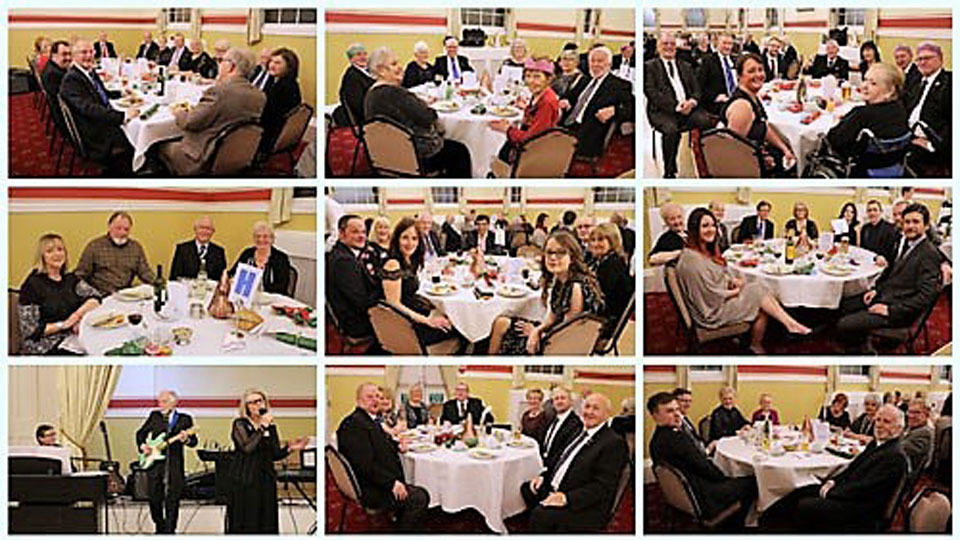 Diners and performers at the half night.

The evening moved into a smoother gear, as Brian on keyboard and Peter Richardson on guitar took everyone into a sing-along with Brian’s vocals; ‘Brown-Eyed Girl’, ‘Sit Down’ and ‘Rock and Roll is King’, had feet tapping and hands clapping. A slower, expressive Snow Patrol anthem, ‘Run’ gave Brian’s better half, Bet, a chance to shine as the talented singer she is, with her soaring, melancholy vocals. It was difficult to think how one would follow that, but Brian is renowned for his virtuosity on keyboards in the lodge and is far more accomplished than that, when unleashed into a more demanding piece: ‘The Dream of Olwyn’ is a towering beauty of a classical work, with delicate, quiet passages growing to keyboard shaking, grand moments. Lovely.

Completely different, but even more challenging was the next song, ‘Root Beer Rag’, which bounced in a succession of complex rhythms.

Surely that had to be the end, yet there was one last keyboard treat: Moonlight Sonata, first movement, by Beethoven and not performed by Brian, but by one of his most accomplished students, Abigail. Slow, passionate and beautiful.

Everyone expected a break at that point, an interval of conversation, while the entertainers took rest, but no, the dancing girls entered in two sets of nine dancers, sweeping on individually, all together or in teams and swooping, gliding, skipping, light-footed over the boards with a perfection of skill, so well-practiced that it seemed the most natural thing in the world that they moved in such union and grace.  From nuns to flappers, Greek goddesses to reindeer, a series of sets to delight the audience for 20 minutes that flew past, seeming like two. They were applauded until hands hurt from doing it.

Brian and Peter took the floor again for the last session. It was singalong time with ‘Shotgun’ and a medley of Christmas songs we all know well. Once again, the room was filled with foot-tapping, hand-clapping singalongs, belting the songs out as loudly as the singer. What could top that? Well, IT’S CHRISTMAS… so Slade’s ‘Merry Christmas Everybody’ had the windows shaking.

What a half night… 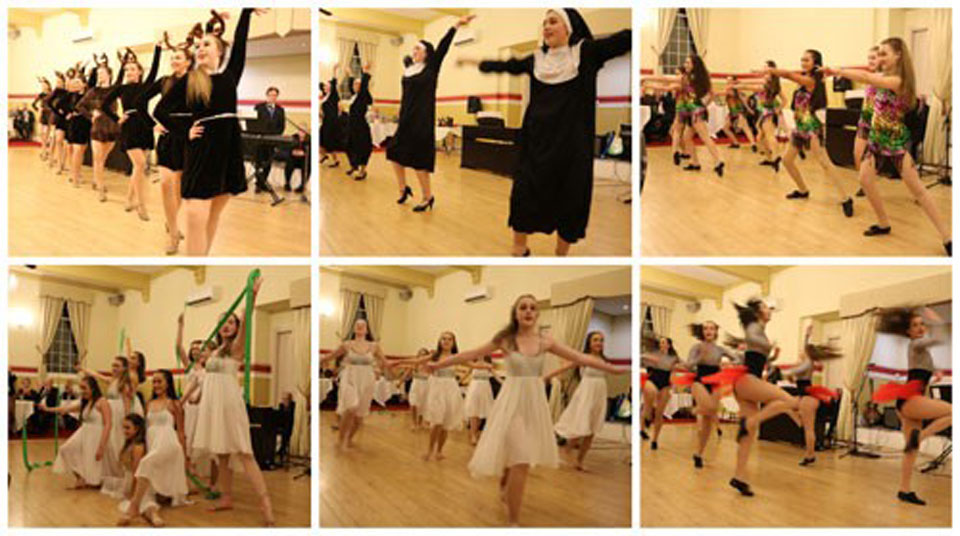